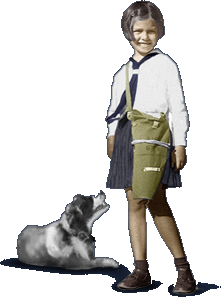 In the early morning hours of December 7, 1941, the mettle and determination of a generation were challenged when the Imperial Japanese Navy unleashed a sneak attack on the U.S. Navy fleet at anchor in Pearl Harbor. In the face of these attacks, the Sailors of the U.S. Navy responded with honor, courage, and undying commitment. Heroic actions were embodied by common men who, when suddenly faced with the challenge of battle, responded with the resolve and character that defined the Navy and nation. The personal stories and accounts listed here provide a chance to reflect upon, ponder, and understand what a rich heritage Sailors today share with veteran shipmates. These accounts come from Sailors associated with six of the many commands and ships affected that fateful day. In addition, they resonate the faithfulness, valor, and ethos of that day and what it means to be a Sailor in the United States Navy. 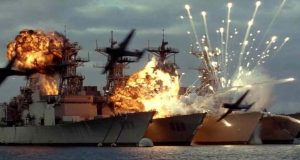 Sailors today are part of this long blue line who have provided protection and security to the nation and the world.

Dorinda Makanaonalani Nicholson, known as “The Pearl Harbor Child” is an award-winning author of Pearl Harbor history through the eyes of a child. When the bombs fell on December 7, 1941, she clung to her father’s side as enemy torpedo bombers screamed overhead skimming the treetops. When the planes dipped their wings, she saw the pilots’ goggles. She has made it her mission to tell this American history.